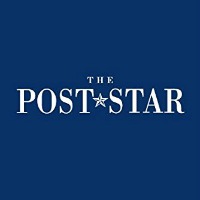 When Cheyenne Lufkin looks back on her years at Argyle Central School, she sees something that kept her involved and motivated as a high school student.

“I was involved in three varsity sports, and that helped keep me involved in school, socially and academically,” said Lufkin, a 2017 graduate who was a cheerleader and played volleyball and tennis.

During her senior year, she also worked to add another sport, and while she won’t be able to compete in it, she feels strongly that her school and others should give students an opportunity to take part in the New York State High School Clay Target League.

“I really think that would bring out people who do not want to compete in other sports,” she said. “There are a lot of kids who are involved in hunting, and this would give them a team to be on.”

Argyle approved her request to take part in the league, but there was not enough time left in Lufkin’s high school career to shoot competitively. That may change for other local students.

Jane Havens, whose son David attends Hudson Falls High School, has become the voice of the Tri-County High School Trap Club Initiative, which already has at least a dozen schools interested in a league that would see students use shotguns to break clay targets at Hudson Falls Fish & Game Club.

“Each school has a different level of interest,” said Havens, whose family owns Falls Tractor Supply and Calamity Jane’s Firearms and Fine Shoes. “In some cases, it’s the superintendent, or the principal or a parent or a student,” she said. “That’s why we had a meeting, so we could get the information out there before the end of school. Some people in some school systems may not know all of the details, but by September, everyone will know.”

The state league is one of 20 around the country in a competition that started in Minnesota.

“Our goal is to get this started, and we know that school budgets are already set for the coming year,” Havens said. “We want to get the schools all the resources to get going in the spring.”

“Right now, we are still in the fact-finding stage. Jane Havens came to us and asked us to look into it,” he said. “I like the idea personally. Because any time we have an after-school activity that gets kids involved, it’s a good thing. I like the idea of getting more kids involved, and this intrigues me. Of course it is a decision that will be up to the superintendent and the board.”

Scott Lufkin, who is remaining involved with the initiative even though his children are out of high school, said he sees the league as an opportunity for students.

“Schools that have a team are seeing that the sport draws students from all the different walks of life: jocks, motor heads, shy kids, you name it. They see these amazing mixed groups of kids all getting together and finding a bond,” Lufkin said. “They are even seeing some cliques getting torn apart at the lunch table when these kids all sit together. It’s a sport that reaches some of the most under-served kids in the school system. Kids who can’t wait to quit school or are struggling to pass are enticed to stick it out and bring their grades up to meet the requirements to stay on the team. Kids who can’t or don’t want to play a sport suddenly have a place and soak it up when other students ask them about their standings or how they shot the night before. This can lead a kid into a sport he/she can do for an entire lifetime.”

There is something else he thinks is important.

“To me, one of the most important things is most of the teams in New York are set up as clubs, and they have no impact on the taxpayers,” Scott Lufkin said. “They do fundraising and if necessary the kids and/or parents pay their way. The schools are paying nothing for this.”

The New York league runs for nine weeks, beginning in early April and includes a state championship event, which was held at the Bridgeport Rod & Gun Club last month.

Havens noted the competitors are covered by league insurance, as well as school insurance.

Students shoot two rounds of 50 targets at 16 yards, and scores are compiled by a computer program, allowing them to compete against other schools in their division. Coach submit scores and manage the team online.

Leagues are open to students in grades 6-12, and while competitors have to pay $35 to take part in the league, there is no cost to the schools beyond coaching and transportation. Students must have state-issued hunter education certification or League’s SAFE Certification, and a range safety officer is present at all events. Ear and eye protection are required.

Each trap field contains five shooting stations where shooters stand and one trap house where targets are thrown.

Clay targets are thrown in the air at alternating different angles and the participant attempts to hit the target with a shot.

Havens said she has also heard from other schools in southern Washington County that are looking at the competition.

“We heard they were working on some kind of league down in Greenwich and Cambridge,” she said. “We didn’t want to get in their way if they had something going, but we are willing to hear from anyone.”