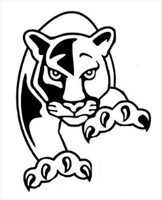 BELLEVILLE, NEW YORK – The Belleville-Henderson Central School District, in partnership with the Henderson Fish & Game Club, is proud to announce the formation of the first scholastic trap shooting team in New York State. The school is joining the New York State High School Clay Target League for its spring 2016 season.

The Belleville-Henderson team will be comprised of students in grades six through 12. The Henderson Fish & Game Club will be their home club.

“It is our hope that by Belleville Henderson Central School District’s Board of Education taking a leadership role in creating this opportunity for our students to participate in clay shooting sports, a pathway for other school districts to follow will be established. Should any school district or sports club need help or information, we would be more than happy to help,” according to Belleville Henderson Central School District superintendent Mr. Rick Moore.

All students participating on the team must have a valid New York State Department of Environmental Conservation Hunter Education/Firearms Safety certificate. The school’s top priority is to ensure the safety of our students and complying with all laws. The team will practice and compete at the Henderson Fish & Game Club each Sunday through the league’s season. Absolutely no weapons or ammunition are permitted on school grounds at any time.

The team is considered an extracurricular activity at Belleville-Henderson and all students must adhere to the student conduct policy to remain eligible.

The coaching staff for the team will be comprised of both Belleville-Henderson CSD staff and Henderson Fish & Game Club members to ensure a safe environment. Belleville-Henderson has been working jointly with the Jefferson-Lewis BOCES to attract other area school districts to join the league.

The New York State High School Clay Target League is overseen by the USA High School Clay Target League, an organization that oversees high school trap shooting and skeet shooting leagues across the country including in Minnesota, North Dakota and Wisconsin. Currently, more than 425 schools across the country participate in these leagues, with more than 8,600 students entered.

The Bellville-Henderson team is creating a non-profit group to solicit donations from the community to help defray costs for supplies, equipment and training.

For more information about the Belleville-Henderson trap shooting team, visit www.hendersonfishandgameclub.com, or contact Mr. Moore at 315 846-5121. The New York State High School Clay Target League can be viewed at www.nyclaytarget.com.